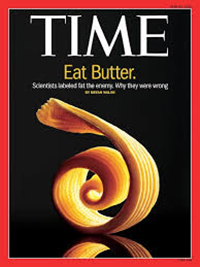 Creative Cakes has been making wedding cakes since 1989. During that time, we have seen all kinds of trends in the wedding cake world. C’mon Sherman. Let’s step into the Wayback machine, shall we?

The eighties and nineties meant lots of fresh flowers, bridges, fountains, and plastic wedding party figurines on plastic stair steps. The cakes were large with most of the design inspiration came out of the Wilton catalog. Buttercream was the only icing choice. Piping with swags and cornelli lace were required skills for our cake decorator. Like mullets, parachute pants, and Wham!, these trends have happily gone their way. God speed.

Things shifted in the early 2000s when Martha Stewart became a significant influence in wedding cake design. Pillars and the fountains disappeared. (thanks, Martha!) Cakes were “straight-stacked” with basket-weave buttercream, or heaven forbid, no icing at all! Clearly, Martha was ahead of her time on “naked cakes“, but vestiges of the 80s, Precious Moments figurines, still topped most wedding cakes. Two steps forward, one step back. Satellite cakes on acrylic stands, set at different levels were a favorite. On rare occasions, with rarer budgets, we saw design-heavy inspiration from Sylvia Weinstock, Colette Peters, or Margaret Braun brought by brides via that crazy new tool, known as the Internet. It was fun to make those cakes. Little did we know the mad skillz we got copying them were preparing us for the cake craze of the 2000s.

Starting around 2005, square tiers became more popular than the traditional round tiers. Often offset from each other; square tiers meant fresh flowers with votive candles on the corners. Cake toppers changed from a collectible figurine to fresh flowers. (see ‘ya, Lladro!) Monogram toppers were just starting to make an appearance. Simplicity in piping took over from the old-fashioned-looking Wilton method. Much of our wedding cake catalog at that time showed endless variations on dot patterns or simple scrolls. As the decade went on, scroll designs became more intricate, with fiddlehead fern, or sweet pea tendrils overtaking the simple “s” scrolls. Colors from the wedding were incorporated in the design, as well. Ribbon at the base of the tiers, piping accents, or even the icing itself, was a bold color statement.

Meanwhile, on TV, Food Network started producing several shows about bakeries and cake decorating. Duff became famous with “Ace of Cakes“, followed shortly by Buddy on “Cake Boss.” There were the many Food Network cake and cupcake challenges. BTW, we did get asked to be on those shows, but the time commitment (and general anxiety) prevented us from participating. That, and frankly, we didn’t want to drag our well-functioning family business through the Hollywood drama machine. 🙂

We rode the wave of the cake craze, happily and exhaustedly. Our decorators became more skilled. Our sales team became more creative. Our customer service amplified. Those positive trends are well-ingrained now. Thank you, Food Network, for sending us to school.

Cupcakes burst on the scene in the mid-2000s. Blame it on “Lazy Sunday“, or “Sex in the City“, but the trend that started with NYC’s Magnolia Bakery – believe it or not — is still alive and well, at least here in the Midwest. The “cupcake bubble” burst around 2012, causing cupcake shops to close down all over the country. So, it still surprises us that the trend in wedding cake cupcakes is going strong. We seem to be doing as many of them now, as in 2005. It’s like hairstyles and fashion in “Napoleon Dynamite“. Weird.

About six years ago, we noticed a substantial decrease in the size of wedding cake servings. People were having smaller weddings and with it, smaller cakes. Probably as a result of the recession that began in 2008, the average wedding reception dropped from 240 to 150 guests. Requests for two-tiered cakes with dessert bars were becoming more common. Pies, doughnuts, Rice Krispie treats – all kinds of nostalgia desserts – were requested. Luckily, we have all those things, so while small treats are a departure from tradition; we’re nimble. Bring it on, hipsters.

Technology-wise, we replaced our printed catalog with iPads and an app that tied to our Flickr account. Instead of looking through our wedding cake catalog, brides brought in photos of cakes they liked on their smartphones. Technology was taking over, and we were just geeky enough to keep up with it. Like with TV shows from ten years ago, our skills were once again being tested, this time, by the imagination of the world.

So where are we now? What’s next? To answer that question simply: everything.

Small two-tiered cakes are still around, but they are more sophisticated than a couple of years ago. Sorry to be the bearer of bad news, folks, but barn weddings, mason jars, and burlap are oh, so yesterday. Instead of the country chic of 2010, sleek metallics, like gold, and the newer rose gold, are appearing everywhere. Tiers are painted, splattered, and dripping in metal. Large statement flowers are the only topper – if there is one at all. Rustic iced tiers, buttercream rosettes, and ruffles are still around for the more cost-conscious couple, but modern, Pollock-meets-O’Keeffe-meets-Klimt designs are what seem to be wowing our brides this season.

Bigger cakes are making a comeback, too. Bronwen Weber, a famous cake artist we are proud to know, tells us how huge – HUGE – wedding cakes are trending in her home state of Texas. Of course, everything is big in Texas, but the Southeast, West Coast, and New York, baker friends of mine are reporting the same. Bronwen recently did Food Network spot on big cakes. Have a look for yourself.

Themed wedding cakes are another thing we are seeing. Geeks are letting their freak flag fly – and thank goodness! Name the obsession; it now shows up in the wedding cake. Comic Book Heroes, Game of Thrones inspiration, Lego bricks, Dr. Who Tardis cake toppers – the list goes on. We have yet to make a Dungeons and Dragons wedding cake, but that would mean you go out on a date first. LOL. Geek humor…

Besides the outside of the wedding cake, couples today are very conscious about the ingredients in the cake. Clean-label, natural ingredients are preferred. Trans-fats are a no-no. Thankfully for us, our Italian meringue buttercream fits the bill, offering a lightly sweet alternative to the more prevalent “bucket icing” found in many other bakeries. In using natural ingredients like butter, sugar, egg whites, water, and vanilla (yep, that’s it, our complete buttercream recipe) you are left with a clean palate, not that icky film that you get with “bucket icing”. It’s also easier for your body to process. Butter is better for you. It was on the cover of Time magazine, for goodness sake. Yay, butter!

Flavor pairings are getting bolder. Thank goodness for that, too! Over the years, we’ve gone from every wedding cake being white cake with strawberry mousse filling, to every flavor of the rainbow. Do you like carrot cake? Then get it! Is chocolate cake with orange mousse filling your thing? Don’t hesitate! Diversity in our culture, like diversity in our food, is what’s trending. If you like vanilla-vanilla, more power to you. Just please, PLEASE, don’t get vanilla-vanilla because you want to please the crowd. Bottom line: get what you want. Not what your mom wants. Not what your sister wants. It’s your wedding day, and your wedding cake is a statement about who both of you are. Don’t play it safe. Be bold! Be unique! Be Creative!

For general inquiries, email us at info@creativecakesbakery.com.

Sign up for the Creative Cakes Rewards Program & receive delish perks throughout the year!